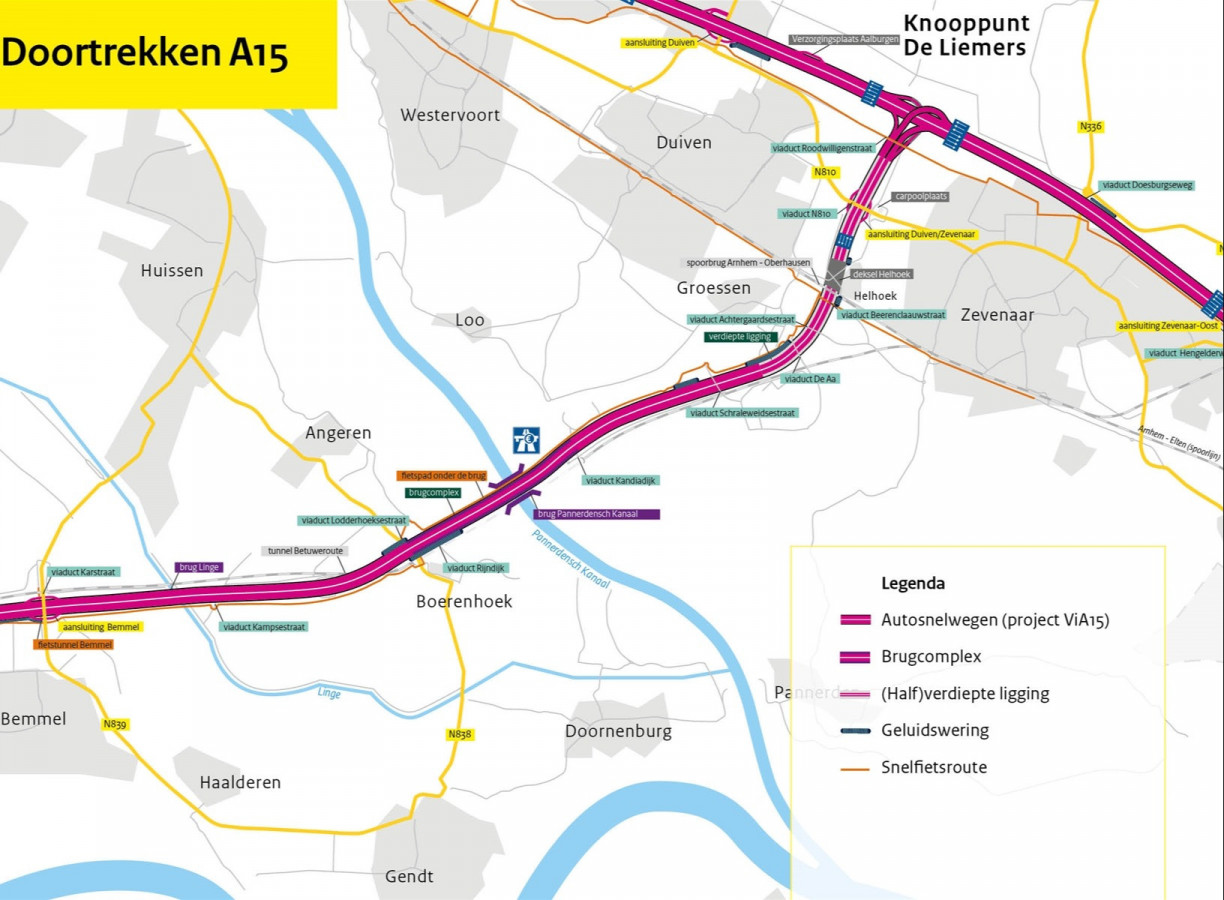 The State Council proceedings on project ViA15 are taking much longer than expected. For now, it remains uncertain for all parties involved if, when and how they can move forward.

'At the moment, we are waiting for a final decision from the Council of State on the ViA15 Route. It is unclear when this will become irrevocable,' says Eric Smulders, ViA15 project manager. 'The Council of State has asked an independent foundation; this foundation has been specially created to advise Dutch judges in complex cases. The foundation Advisering Bestuursrechtspraak voor Milieu en Ruimtelijke Ordening (STAB) was asked to issue an opinion on the calculation method used and the substantiation of the effects of nitrogen deposition.

The STAB is talking with people who have appealed and with Rijkswaterstaat, among others. They are studying all the information provided. After their advice a hearing is likely to follow in November and a ruling in the first quarter of the new year.